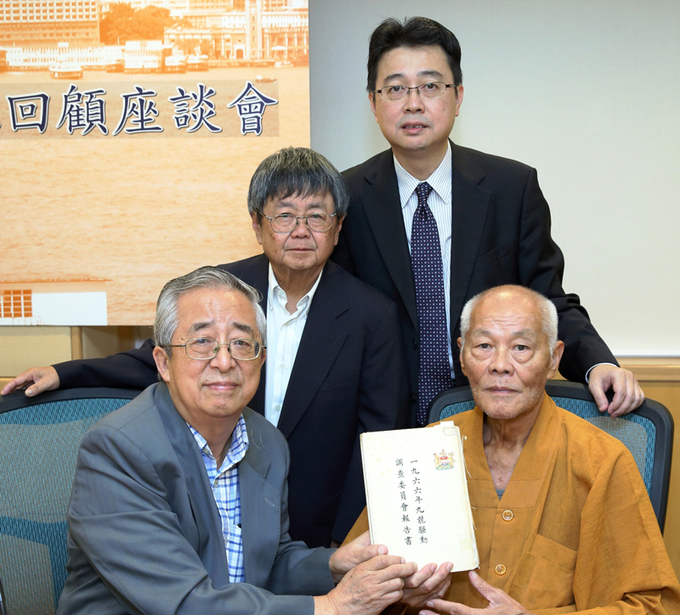 Organised by Lingnan University’s Hong Kong and South China Historical Research Programme and co-organised by the Hong Kong 1967 Witnesses Assembly, the “Seminar on the Review on the Star Ferry Riots after Half a Century” was held at Lingnan University on 26 October, with nearly 40 scholars, experts and guests invited to attend.

As a result of the Government’s approval on a fare rise of five cents for the Star Ferry in April 1966, citizens went on to protest on the streets, leading to riots for two days in Kowloon.  The incident ended in the imposition of curfew and coercive suppression by the Government.  The Star Ferry riots, being major social unrest during the post-war period, were generally believed to be caused by the Government’s failure in channeling citizens’ resentment against the colonial rule and economic depression.

In his welcoming speech, President Leonard K Cheng said that he hoped the seminar could enlighten students and young scholars to think about the relationship between individuals and society.