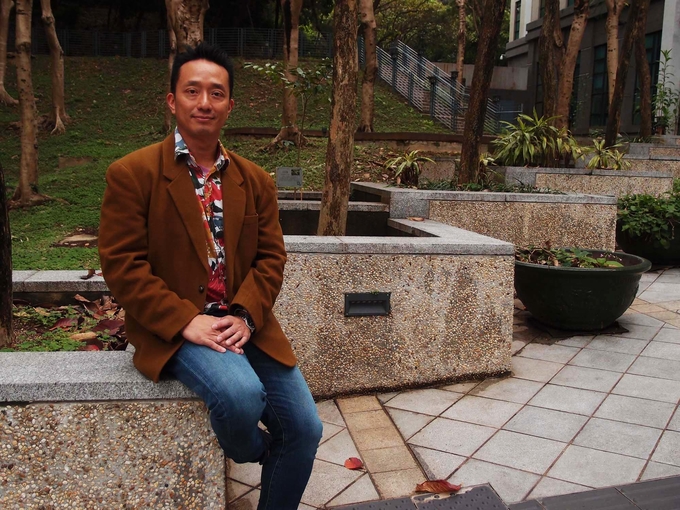 Well-known internationally as an opera, oratorio, recital and new music performer, Dr Stephen Ng is musician-in-residence at Lingnan from February to April 2019, a programme under Wong Bing Lai Music and Performing Arts Unit. He teaches, but also wants to inspire students to find their own voice.

Born and raised in Hong Kong, Ng started to play the piano at the age of five. He attended St Paul’s College, where he excelled at music, and was then admitted by the Chinese University of Hong Kong as early-entry student, and graduated with first class honours.

We talked to Dr Ng on campus about his journey, his teaching, and life at Lingnan.

You were in the science stream at secondary school, so why did you choose to study music?

I majored in music at CUHK, though I had not necessarily seen it as a career. However, I never wanted to be a doctor or architect, so by process of elimination I became a music major.

During my four years as an undergraduate, I began as a piano major, but then switched to playing percussion and then started voice lessons. It was all good musical training and motivated me to learn. Therefore, upon graduation I decided to apply for graduate school overseas.

I’ve been living in Pennsylvania for nine years and, altogether, teaching at college level for 17 years.

Were your parents against music as a career?

Sure, I had to convince them, and it wasn’t easy. As a student, though, I had a lot of choices and believed that the whole idea of a university education was to learn a little bit about “everything”. There are general education classes, so one has the chance to decide if a major is what he or she really wants to do.

I think it is very important for students to keep an open mind and develop a number of different interests. That was a goal for me, and it meant that I was clear about my decision to specialise in music and go on to graduate school.

What differences do you see between students in the US and Hong Kong?

What I noticed is that Hong Kong students are usually quite quiet in class and workshops, but they are definitely not quiet people. They have a lot of opinions, but seem a bit afraid to speak up and express their opinions. After a class, they will come up to me individually and ask questions, but I always tell students not to worry about asking questions or making mistakes because that is indeed how they learn.

What is your impression of Lingnan students?

There has been a very positive experience. I find them very curious, eager to learn, interesting and energetic. Overall, I sense excitement in them about figuring things out and mastering new skills.

For me, working with the groups here is somehow more fun than teaching music majors because they really want to learn and are not attending the events and classes just because they have to.

Why did you specialise in classical music?

Honestly, I don’t know. I like to listen to other musical genres, which always speak to me in different ways. Music has a power to change us. It is something we can’t see or really understand. According to the ancient Greek belief, music is the opposite side of the same coin as astronomy, which is a study of things that we can see and how they affect us.

Who is your favourite classical composer?

I always go back to Bach. Looking at what we called the Western musical tradition, which began with the Baroque period from the 1600s. Since then, musical elements became more formalised with the introduction of tonality. Nowadays many composers still go back to studying Bach’s music. No matter how modern we get, that is the period we look back to.

I feel that Bach was using music to express his faith and his emotions. Because of his job as the music director of four different churches, he often had to write and rehearse very quickly each week. He had recycled some pieces, but one can easily see the precision in how he used music to do his job and to me, that is fascinating.

Do you find some performances are tough?

All the time, but having a bad performance is part of the life of a performer. We are not supposed to be perfect, but we can learn from our mistakes, move on, and be better next time. These days, I try to see mistakes as friends; they tell us something we may not want to hear, but in the end it is for our own good. If you don’t regard that way, you will either be very frustrated or give up.

I still recalled one of my recent performances in Hong Kong was not perfect, but I have become comfortable about accepting what happened in the performance, as long as I have no regrets about my preparation. Luckily, I can say that, in the last few years, my major performances have usually gone well.

Do you believe in natural talent?

Absolutely, but seeing it go to waste can break your heart. Being a professional musician is a combination of talent and hard work. Talent is the starting point, but that alone is not enough to achieve success. You also need hard work, dedication and ambition to achieve success.

My basic job as a teacher is to move a student from one level to the next. That is always my goal, though I can’t promise anybody that they will reach a specific standard. Everybody has something that is good, but what counts is their own curiosity to find out how far they can go.

As a professional, you constantly have to look for things to improve. And you have to understand that improvement doesn’t come without stepping back. I regard this as the challenge, part of the interest and a way to understand my students’ learning need.

What will your next goal be?

There are any number of things, some professional, some more materialistic. But my main wish is quite simple: to love what I do and keep being happy. However, if life needs me to change in some way, that’s OK too.