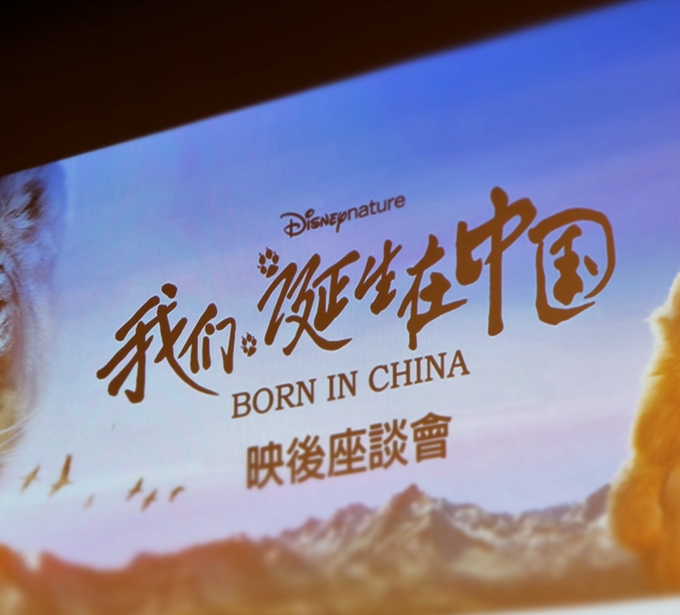 Centre for Cinema Studies (CCS) of Lingnan, with support from Sil-Metropole Co Ltd, organised the film screening of Born in China with post-screening sharing by its Film Director Lu Chuan, a renowned director in Mainland China, on 19 September.  President Leonard K Cheng and around a hundred students and staff attended the event.

Born in China is the first collaboration between Disney and Director Lu.  The film captures the intimate moments of three families of endangered animals — panda, golden monkey and snow leopard.  The story follows them as they move across northwest China according to certain seasons in order to survive in the spectacular yet brutal natural environment.

The post-screening sharing was moderated by Prof Emilie Yeh, Director of CCCS.  During the session, Director Lu said that Born in China belongs to “nature film” genre and further elaborated the difference between “nature film” and “documentary”.  Although both of them need precise editing skills, script-writing is essential in “nature film” for constructing the story, which is similar to writing for a drama.  It was almost out of his expectation when the box-office of Born in China finally received US$13.8 million in the US in 2016.

Director Lu graduated from Beijing Film Academy and is one of the best film directors in China today.  He was instantly recognised as a major talent in his debut The Missing Gun in 2002.  His second feature Kekexili: Mountain Patrol was crowned the Best Picture and Best Cinematography from Golden Horse Film Awards.  His stunning City of Life and Death in 2009 received numerous international recognitions including the Best Foreign Language Film Award of Los Angeles Film Critics Association.